Editorial paper of Engramma No. 153 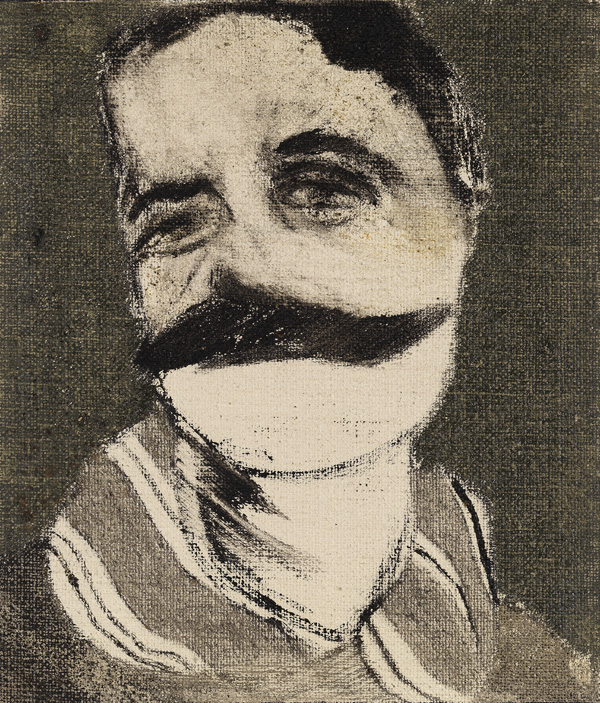 When he died, in October 1929, Aby Warburg left unfinished the extraordinary project of the Bilderatlas which was soon to be published by Teubner (see, in Engramma, the presentation of Mnemosyne Atlas). Giorgio Pasquali wrote in 1930 that the Atlas was “ready for publication”, and that its publication would change the history of studies and dissemination of research in the humanistic field (see: G. Pasquali, A tribute to Aby Warburg, Eng. trans. by E. Thomson, “La Rivista di Engramma” 114, March 2014). As we know, Warburg’s great project was suspended for two reasons: the death of its ‘director’, and the contemporary historical events (the emigration of the Warburg Institute to London because of the Nazi Party’s rise to power in Germany).

In 1937, Ernst H. Gombrich, who had just joined the Warburg-Kreis in London, was commissioned to produce a private edition of the Bilderatlas: Geburtstagsatlas für Max M. Warburg, to celebrate the seventieth birthday of Aby Warburg’s brother. The operation, conceived as a private gift, was probably initiated by Gertrud Bing and Fritz Saxl, or Max himself: the undertaking was intended to satisfy the family’s wishes as they continued to believe that the Mnemosyne project could be published. Preserved in two typewritten copies – one kept in London, the other in Hamburg – the Geburtstagsatlas was for decades consigned to oblivion and still remains unpublished (see the dedicated page on The Warburg Institute website).

Gombrich’s modus operandi is very clear: he selects 24 panels (out of the 63 of the last version of the Bilderatlas of 1929); removes many images from each of the panels; lays out the surviving images on a white background, in a well-balanced and hierarchical order, by modifying original formats and space relations; each of the 24 panels is furnished with a brief but condensed explanation of its main topics. Gombrich introduces his version of the Atlas with a short but charged premise; although a copy of the Einleitung to Mnemosyne written by Warburg in 1929 was available to him, he firmly disassociated himself from it, both formally and conceptually.

An analysis of Gombrich’s Geburtstagsatlas makes it possible to throw light on the introduction to his theoretical reflections on Warburg that would be included in his seminal publication: Aby Warburg: An Intellectual Biography (London 1970). On Gombrich’s biography, see in Engramma, Aby Warburg and his biographers. An intellectual portrait in the words of Giorgio Pasquali (1930), Gertrud Bing (1958), Edgar Wind (1970) (originally published in “La Rivista di Engramma” 1, September 2000; re-issued in November 2012); the critical review of the Italian edition (Feltrinelli, Milano 1983) by Guglielmo Bilancioni (“La Rivista di Engramma” 34, June/July 2003), and the Introduction to the new Feltrinelli edition (Milano 2003; in “La Rivista di Engramma” 24, April 2003).

Engramma No. 153* presents: an Index of materials published in Engramma on the Geburtstagsatlas für Max M. Warburg, in both Italian and English versions; the first English digital edition of Gombrich’s Geburtstagsatlas, from the collation of the two typewritten copies of the document, preserved at the Warburg Institute in London and the Warburg-Haus in Hamburg; the original German text with a traslation into English of Gombrich’s Introduction to the Geburtstagsatlas, edited by Seminario Mnemosyne and translated by Elizabeth Thomson, which highlights their different ways of thinking, and elements for a first attempt to compare Warburg’s methodology with Gombrich’s; the essay by Victoria Cirlot on the concepts of Zwischenraum/Denkraum, fundamental terms in Warburg’s Introduction to Mnemosyne Atlas, scotomised by Gombrich (see the original text in Spanish in Engramma no. 150).

Engramma No. 153 has also focussed on Edgar Wind’s intellectual career and his delicate relationship with the Warburg Institute, publishing the essay by Ianick Takaes de Oliveira “L’esprit de Warburg lui-même sera en paix”. A survey of Edgar Wind’s quarrel with the Warburg Institute, with an Appendix of the Warburg-Kreis correspondence. We also publish here the first digital edition of Wind’s review of Ernst H. Gombrich, Aby Warburg: An Intellectual Biography, originally published in “The Times Literary Supplement”, 25 June 1971. Furthermore, we present in both English and Italian renditions the first digital edition of Johan Huizinga’s review of Aby Warburg’s complete works [Gesamellte Schriften, Teubner 1933], published in the journal “De Gids” in 1933, a few months after the German edition of Gesammelte Schriften: an important text to measure the timely reception of Warburgian thinking, and the intelligent and brilliant synthesis of the Warburg method that Huizinga proposes.

Finally a review by Matias Julian Nativo and Alessia Prati of Ronald Brooks Kitaj’s autobiography, Confessions of an Old Jewish Painter, edited by Eckhart J. Gillen with an Introduction by David Hockney; it was published for the first time in Germany in November 2017. The artist, who painted a portrait of Ernst Gombrich, which was rejected by Gombrich himself, also produced a painting depicting ‘Aby as Maenad’ (see “La Rivista di Engramma” 151, November/December 2017), and Warburg’s portrait which has been adopted as the covering image for this issue of Engramma. Kitaj’s Autobiography proposes a new form of biographical portraiture in which he used different materials in the montage. It combines heterogeneous traits that create a productive tension – a ‘passage’ in which Walter Benjamin meets Aby Warburg.