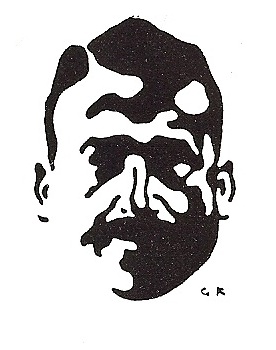 Aby Warburg (1866-1929), cultural historian and informed researcher of the History of Art, ushered in together with his research a method for the history of the classical tradition proposing a map of the constants of western memory – myths, figures, words, symbols – in an area of enquiry that begins with the cultural resonances between the Renaissance, Antiquity and the Contemporary Era.

Born in Hamburg of an important family of Jewish bankers, from the start of his university studies at Bonn his interest was centred on the history of art, archaeology, anthropology and the history of religions. His first journey to Florence between 1888 and 1889 marks the beginning of a privileged relationship with art and Italian culture.

From his earliest inquiries (an essay on La Primavera, and The Birth of Venus by Botticelli), Warburg’s interest in works of art is a thorough investigation of western culture, ranging from the examination of the iconographic and literary sources to the analysis of the historical and cultural circumstances in which the work of art was created.

His interest in documents and materials which normally are not included in the history of art, together with a method that goes beyond the conventional boundaries between disciplines and counter to purely aesthaeticing readings of works of art, introduce the genre of studies in iconology.

The main subjects and themes of his researches include: expressions of intensified life through figures and accessories in motion in Renaissance works of art (the figure of the Nymph); festivals, theatre, the circulation and reproduction of images at Italian and European courts; the art of portraiture in 15th century Florence and cultural and artistic exchanges with Flanders; the Arabo-Persian astrological tradition and the migration of planetary divinities evidenced in vast astrological cycles (his interpretation of the frescoes in Palazzo Schifanoia in Ferrara is significant) and in the culture of Reformation Europe (his essay on Luther); and the persistence in the modern era of myths and ancestral rituals.

The extent of Warburg’s interests is evident from his studies, as it is from the structure of the library he created (today in London at the Warburg Institute), based on the rule of “good neighbours” – the thematic and conceptual affinity between the texts.

The Atlas of images dedicated to Memory – Mnemosyne – and left unfinished at the scholar’s death, is the most original legacy and represents the summation of his studies. By exploring the permanence of the forms of Antiquity in Italian and northern European Renaissance art, Warburg questions the Western tradition, unveiling its mechanisms and reactivating its nerve centres and grey areas.

Since 2000, the “Rivista di Engramma” has dedicated specific in-depth analyses and studies to the figure and work of Aby Warburg by publishing on-line the results of our research and organising an exhibition of the Mnemosyne Atlas in Venice in 2004. All the materials of “Engramma” concerning Aby Warburg and Mnemosyne are now gathered together and can be consulted on this site. 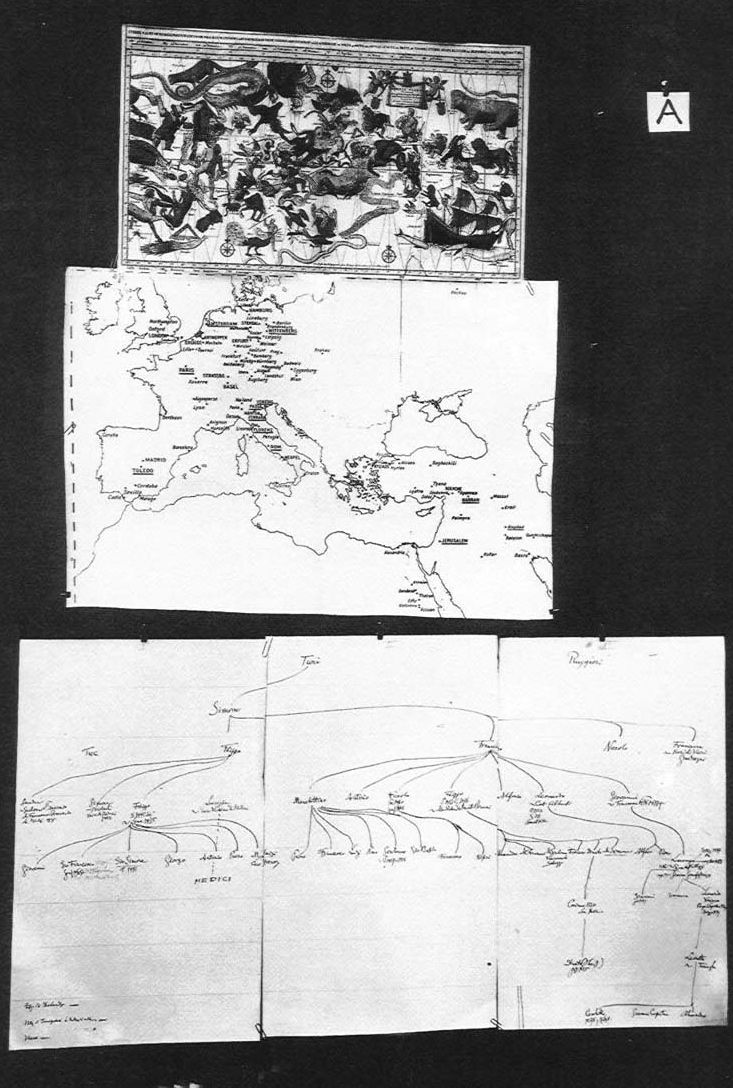 Mnemosyne is a figurative atlas (Bilderatlas) consisting of a series of plates made up of montages of photographs that bring together various works of art: vestiges mainly of the Renaissance (works of art, pages of manuscripts, playing cards, etc.), but also archaeological finds from the ancient east, Greece and Rome; and further evidence from 20th century culture (newspaper cuttings, advertising labels, stamps).

In the Bilderatlas, which contains about one thousand photographs assembled and arranged in a scholarly fashion, the images are the subject of privileged study because they provide an immediate way of “speaking the world”. The image is the locus in which the impression and the memory of an event comes to a head and condenses. Endowed with primordial energy and powers of evocation on the strength of their expressive vitality, images are the principal vehicles and supports of the cultural tradition and social memory, which in certain situations can be “reactivated and downloaded”.

In the Atlas, the juxtaposition of images, impaginated so as to weave several themes around a core element and details of greater significance, creates energy fields and induces the beholder to an open interpretative process: “the word to the image” (zum Bild das Wort).

Mnemosyne is therefore a machine, a kind of enormous capacitor, in which are gathered all the energy currents that have animated and animate still European Memory. The aims of the Atlas are to illustrate the mechanisms of tradition, and themes and figures from antiquity – eastern and Graeco-Roman – through to today, with particular regard to the revival of movements, gestures and postures that express the entire range of emotional stirrings (aggression, defence, sacrifice, mourning, melancholia, ecstasy, triumph, etc.). These are Pathosformeln – expressive formulas of emotion – either taken directly in artistic form from ancient models, or reappearing without direct connections to models in the form of an engram, the spontaneous expressive reflex of human gestural instinct.

The Atlas is Aby Warburg’s final undertaking. Starting with a collection of images prepared for conferences and exhibitions, Warburg organised his work in the shape of an Atlas that was to have been accompanied by explanatory texts and then printed by the publishers Teubner, probably as part of a series that already included figurative and archaeological atlases, and atlases of other kinds. At the time of his death, in 1929, Warburg left an unfinished mock-up (the 63 plates of the last version), the draft of an Introduction and a series of notes later gathered together by his collaborator, Gertrud Bing. By 1930, the work was described by Fritz Saxl, and in Italy by Giorgio Pasquale, as “about to be published”. However, the uncompleted state of the Atlas at the time of his death, historical events – the rise to power of the National-Socialist party in 1933 and the subsequent transfer of the Library and the Warburg Institute to London – and more importantly, the complexity of the work, persuaded Warburg’s collaborators to abandon the publishing project.

Only in 1944, the first edition of the unfinished version of the Atlas, the “Daedalus version”, which consists of 63 plates, the first three being identified by letters (A, B, C), and the others numbered (from 1 to 79), with gaps, has been recomposed. In recent decades, following the first edited by Daedalus team in collaboration with Associazione “Warburg Italia”, other editions in German, Italian, French, Spanish, have been published. Therefore, it is only recently that the Atlas, that for over half a century had almost sunk to oblivion, has been rediscovered, and also thanks to many exhibitions, is being met with critical and publishing success.

Since 2000, “La Rivista di Engramma” has dedicated specific in-depth analyses and studies to the figure and work of Aby Warburg, by publishing on-line the results of studies and organising an exhibition of the Mnemosyne Atlas in Venice in 2004. All the materials and lectures on Aby Warburg and Mnemosyne are now gathered together and can be consulted on a special section of the Journal website.